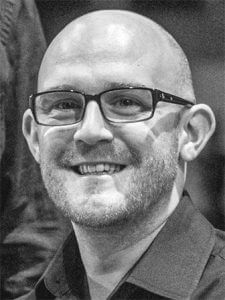 Chris is an organist, pianist, and tenor and moved to Oxfordshire in September 2017 to become Head of Music at Chipping Norton School.

He was previously in Norfolk for a decade teaching music in Fakenham, as well as being involved with several local musical groups. These included being Organist and Choirmaster at Fakenham Parish Church, Resident Conductor of the Fakenham Town Band, and a stint as Musical Director of Fakenham Choral Society, as well as being the official accompanist of the King’s Lynn Festival Chorus.

Chris enjoys running and cycling, having recently cycled the Land’s End to John O’Groats route, and running his second marathon in Edinburgh.

He is also a qualified bus driver!